Oven-dried tomatoes for homemade tomato petso: this seemed like the perfect way to use up the dozen or so tomatoes I still had lingering around from the CSA.  I’ve never made oven-dried tomatoes before, so I did a little Google searching, and the only thing that every recipe had in common was warning you that no matter what, do! not! let! the! tomatoes! get! crispy!  Guess what?  My tomatoes turned out crispy.  Extra, extra crispy.  And they were one of the best things I’ve ever made, and I cannot stop oven-roasting all my tomatoes now and devouring them.

In short, most of the recipes I found were fairly similar, in that the tomatoes are sliced, placed in a single layer on a sheet of parchment paper, and baked at a low temperature for a really long time.  Cherry tomatoes seemed to have a baking time of 3-4 hours, while sliced large tomatoes were often baked for 10-12 hours.  The first time I made these, it was after work, and I certainly didn’t have 10-12 hours to spare – I was not getting up at 4am to check on the tomato status.  So, I decided to change a few things that I thought would speed up the process a bit.  Instead of slicing the tomatoes by hand into thick-ish slices, I used my mandolin to slice them pretty thinly.  Then, instead of laying them on parchment paper and flipping them halfway through baking, I placed the tomato slices on a cooling rack, and placed the cooling rack in my oven, figuring the tomatoes would dry out from both sides.  I checked the tomatoes after 2.5 hours, expecting they’d still be pretty soggy… and they were so crispy, they broke in pieces as I tried to lift them off the sheet.  Whoopsie.  I knew they were too far baked to bother reconstituting in either water or oil, so I tasted one just to see if I could come up with any use for them.  And then I ate another, and another, and next thing I knew, there were no crispy tomato slices left.  Think kale chips – but so much better.  So, so much better. Tomato chips: the best thing I’ve accidentally made. That said, you can also use this method to make more standard sundried tomatoes – cut the tomatoes a little thicker, and start checking them a whole lot sooner.  I really enjoy that I now have two ways to use up all those end-of-summer tomatoes: I now have a big jar of chewy sundried tomatoes in my fridge, and a new favorite extra-crunchy snack. 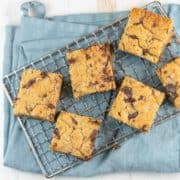 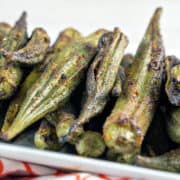 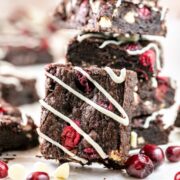