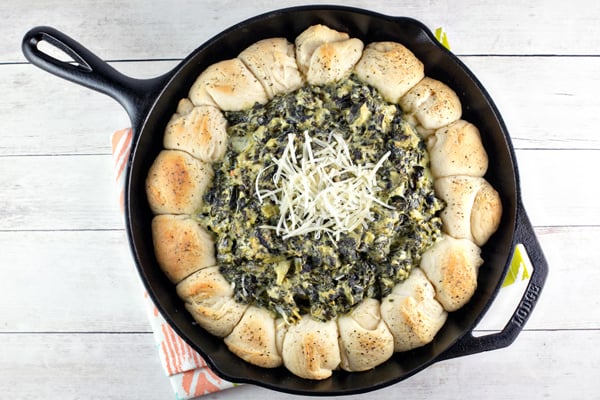 Raise your hand if you’re a football fan!  (??)  Is your team in the playoffs?  My Steelers are still going strong.

(And by strong, I mean… winning a not really impressive game thanks to field goal after field goal.  Let’s get it together for the AFC Championship Game, please and thank you.) 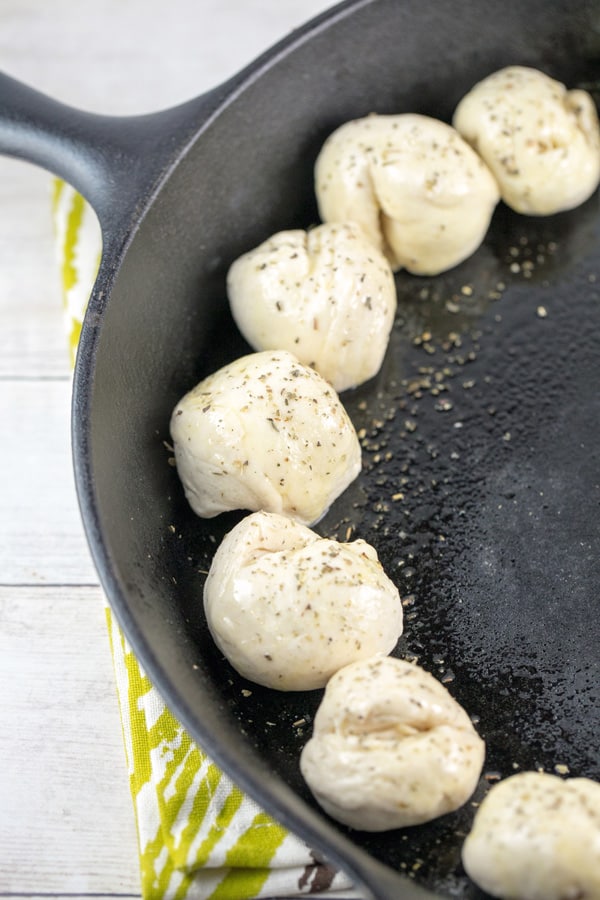 Whether or not you’re a football fan, there’s one thing we can all agree on — football food.  The best, right?  I mostly share desserts around here, because I love to bake.  I post quick and healthy weeknight dinners, because that’s mostly what we eat.

But what I love to eat?  Dips! Nachos! One handed, cheesy, salty, delicious snacks! Fried foods!  Gimme all of them.

So get ready for some of my favorite party foods, just in time for the Super Bowl.  Go ahead and invite your friends over for the game; it doesn’t really matter who plays – I’ll make sure you have the best Super Bowl party food in town. 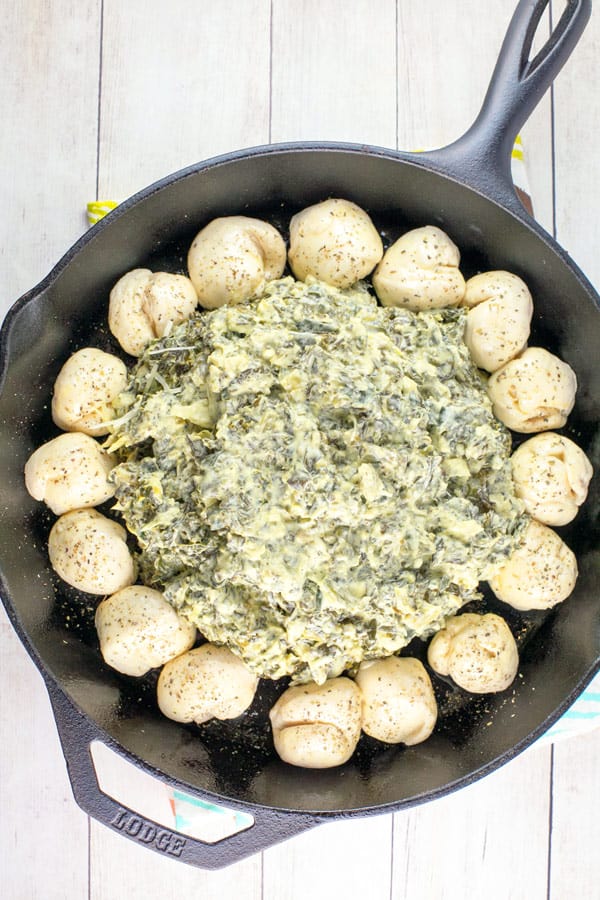 The Best Spinach and Artichoke Dip

It’s a little heavier on the spinach than many other variations, which I love.  I mean, more veggies!  That’s a good thing, right?

(But don’t worry, there’s still plenty of creamy cheesiness to it!)

This year, I’m giving it a little update.  The dip recipe is still the same.  Buuuut… instead of baking it in a casserole dish or cooking it in the slow cooker, we’re going to bake it in a skillet.  Surrounded by biscuits.

What is a Spinach and Artichoke Biscuit Skillet?

A spinach and artichoke biscuit skillet.  This, friends, is football party heaven.

Not only is it delicious, it’s a fun presentation, with the perfect little ring of biscuits surrounding the hot dip.  Pop out a biscuit, scoop up some dip, and enjoy the game! 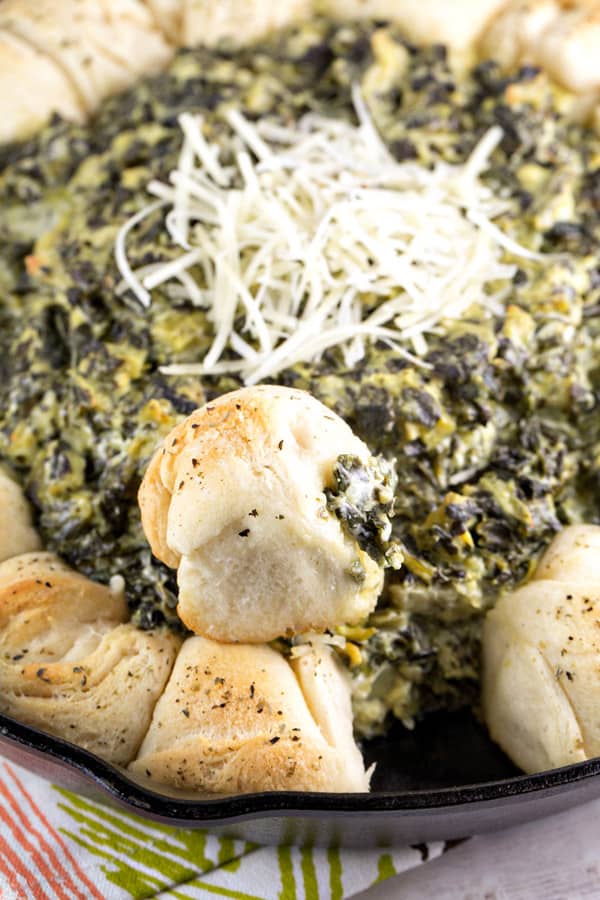 How to Make a Spinach and Artichoke Biscuit Skillet

In the interest of wanting to make all the dips for our little football playoff watching gathering, I used a can of premade biscuits.  So easy.  If you want to make your own – by all means!  But I find that football parties usually involve lots of time prepping in the kitchen, so why not make it easy on yourself?

Are you ready for how easy this is?  Four simple steps.

And of course the final, most important step: dig. on. in. 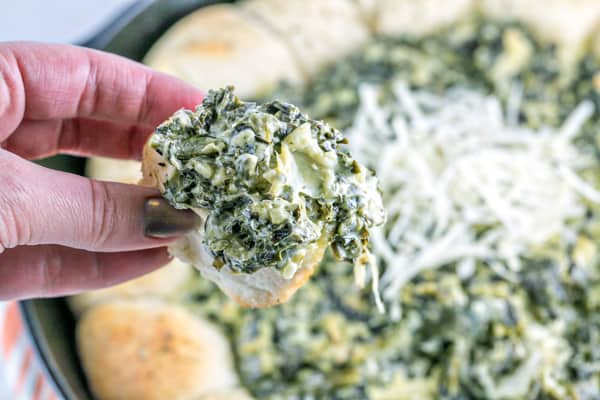 Confession: even though this is “spinach and artichoke” dip, I actually used a frozen spinach/kale combination mix for the dip.  A++.  Feel free to toss some kale in there, guys – your dip will be so trendy!

Regardless of the outcome of the game, this spinach and artichoke biscuit skillet is the real winner. 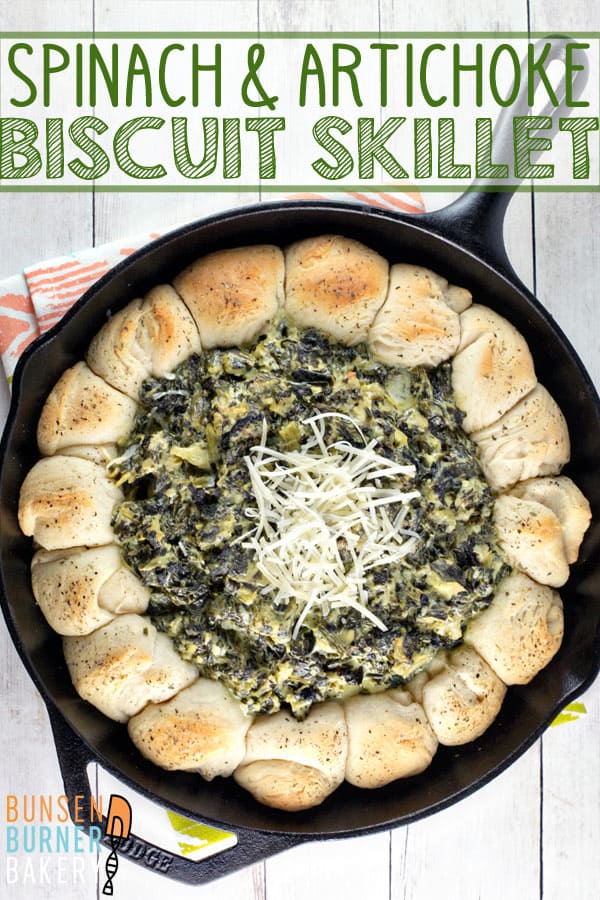 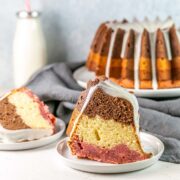 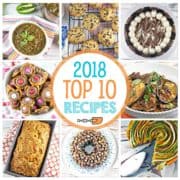 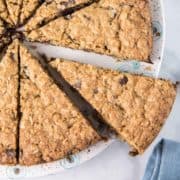