Flaky crust, fresh blueberries, and an almond paste crumble topping. This almond crumble blueberry pie may just be the perfect pie for summer.  (Or make with frozen blueberries and enjoy year round!) 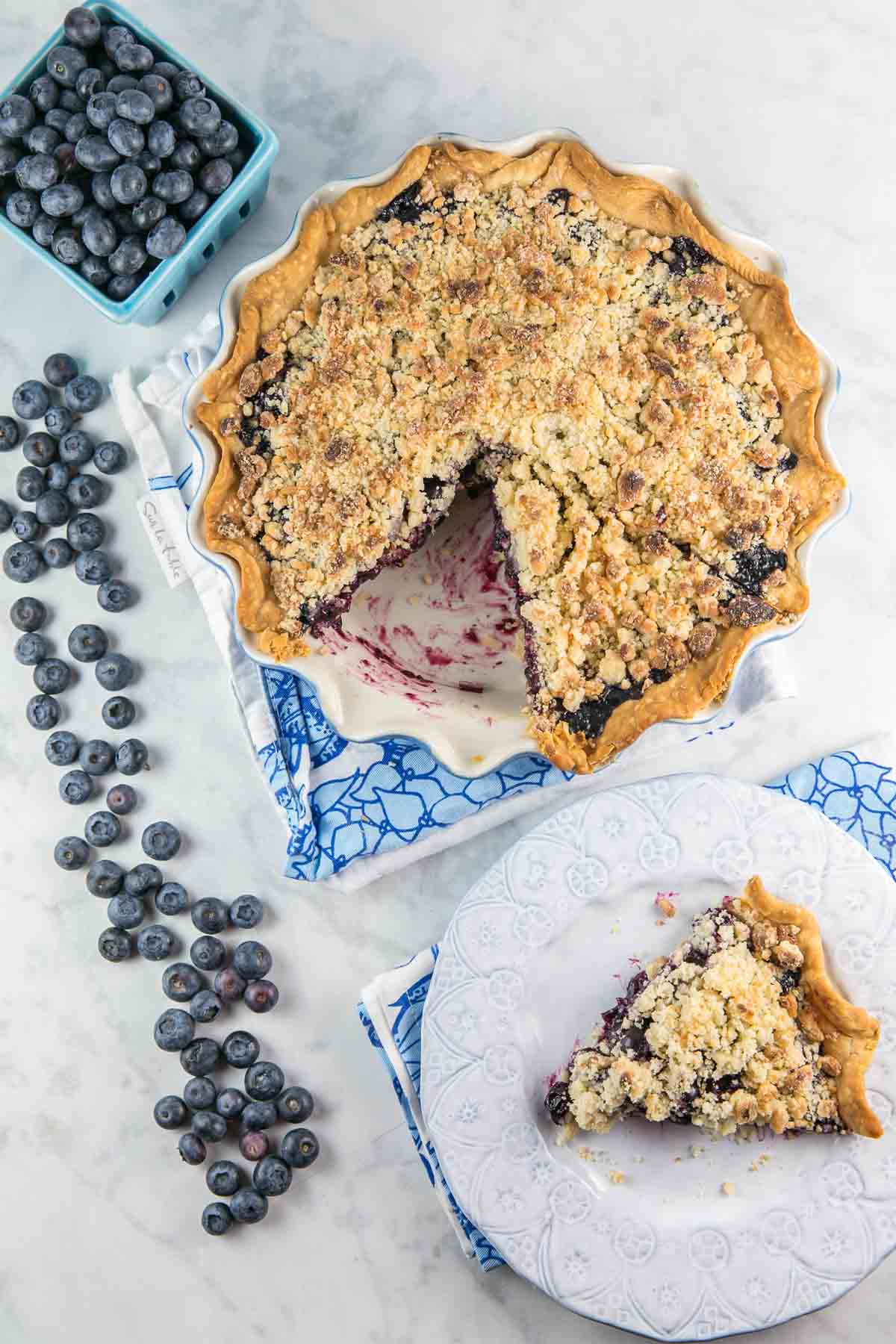 Yesterday, I shared my no-fail pie crust recipe.  Today, I’ll share what to put into that crust.  The short answer is: anything!  The crust works equally well for no-bake cream pies (like the banana cream pie I shared for Pi Day) and baked fruit pies, like the blueberry pie below.

The crust recipe will suit all your various pie baking needs (and yes, sometimes baking  a pie is indeed a need). 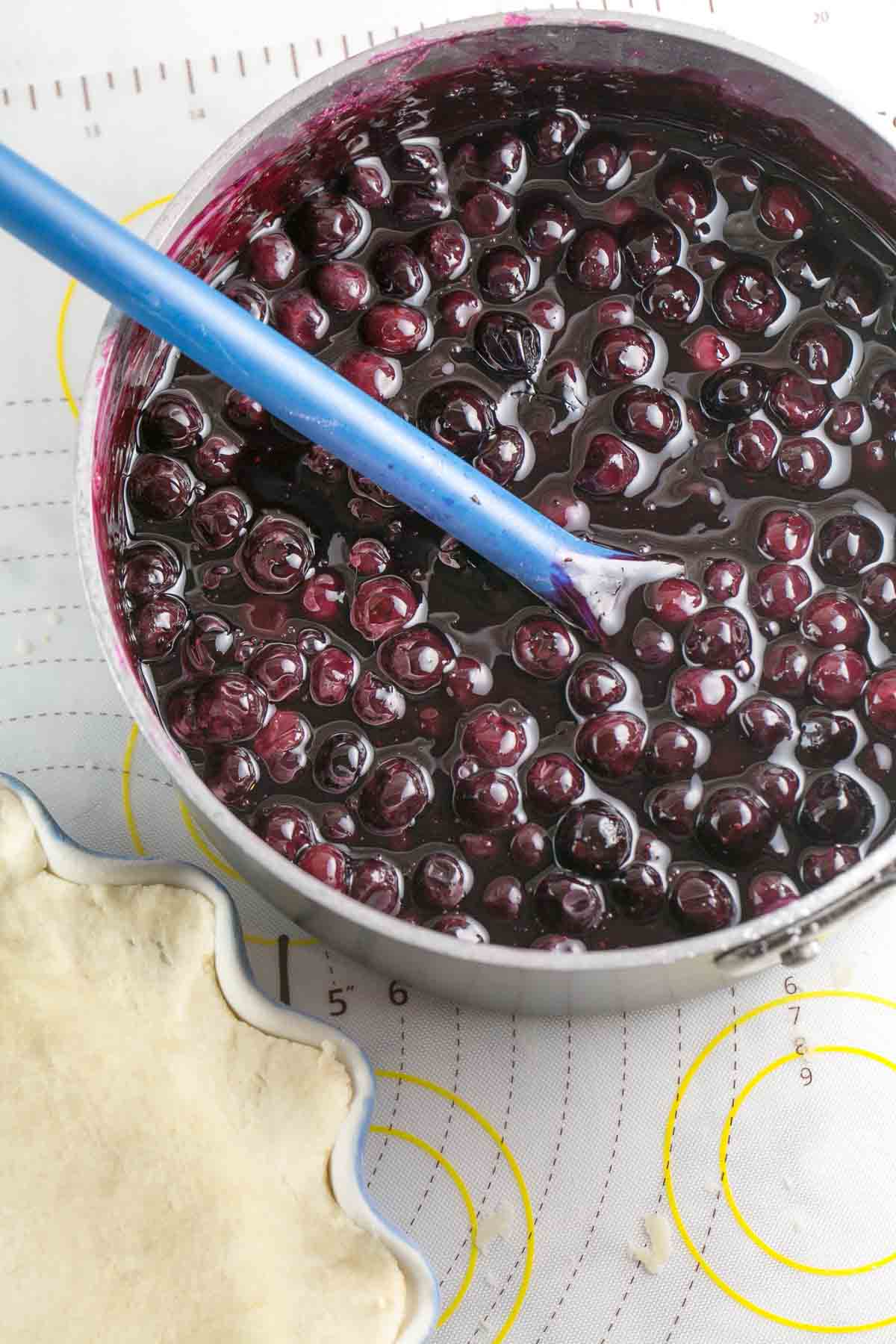 But out of all the choices, this almond crumble blueberry pie, topped with a crumble made from butter, flour, and almond paste, is my favorite pie.

I think I’d go even further to say that this my all-time favorite dessert.  If I was on some sort of magical dessert desert island and had to choose one dessert to have for the rest of my life, it would be this pie. 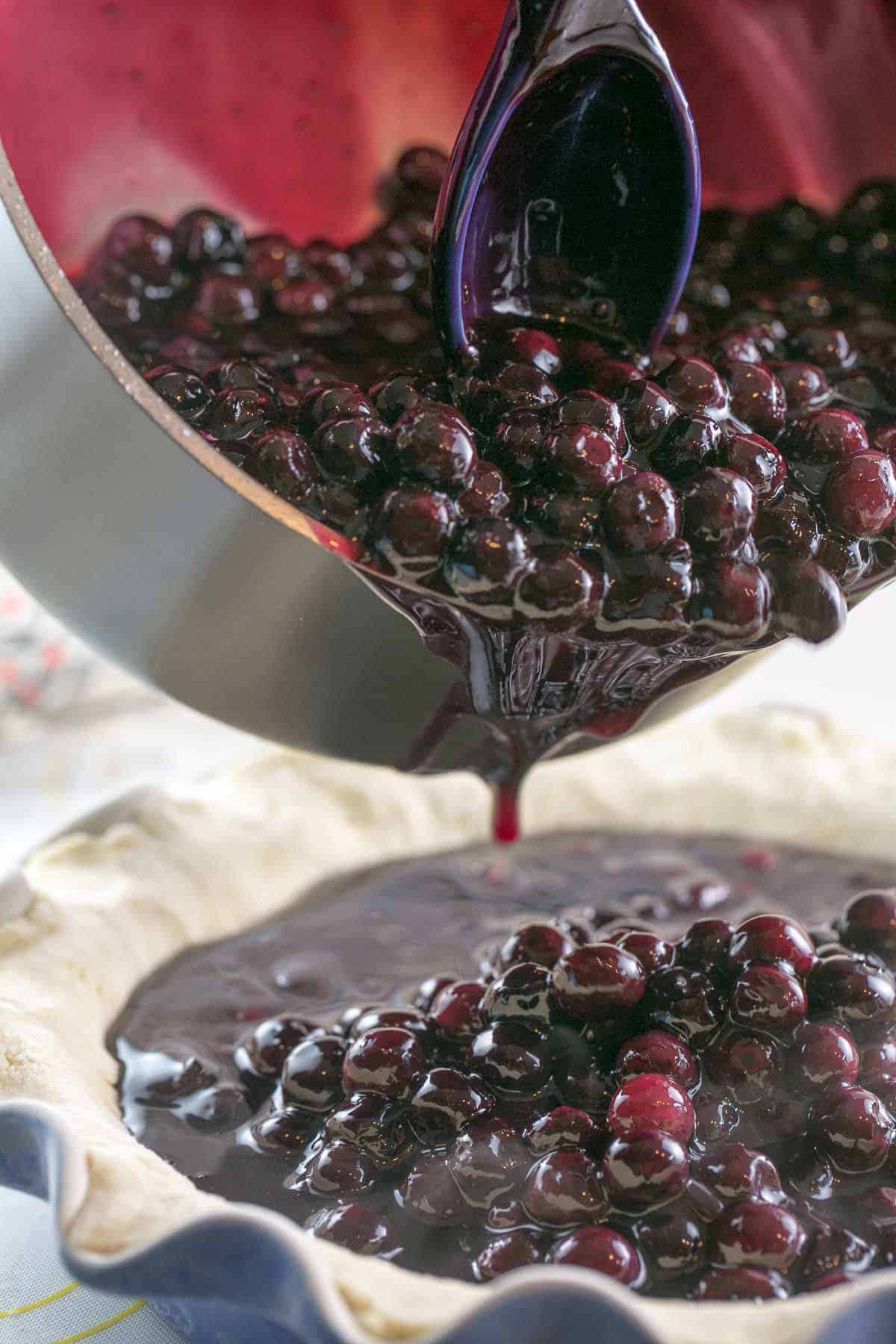 I can’t believe it has taken me four years to share this recipe on here – I have made it with the intent to share it no less than six times, as evidenced by the six different series of intact pie pictures sitting in my “food to blog” folder.

So why not share it sooner?  I’ve been waiting to get a picture of an individual slice of pie… except every time I make this, it’s devoured before I have a chance!  Sad but true: I have never had one single leftover slice of pie to use for a picture.

I decided enough was enough and made this almond crumble blueberry pie again just to take pictures.  No slices of pie were consumed before the pictures were done!

The pie is sweet, but not cloyingly-so — like a fresh summer blueberry, with a little extra punch.  And the best part of this pie: an almond crumble topping. 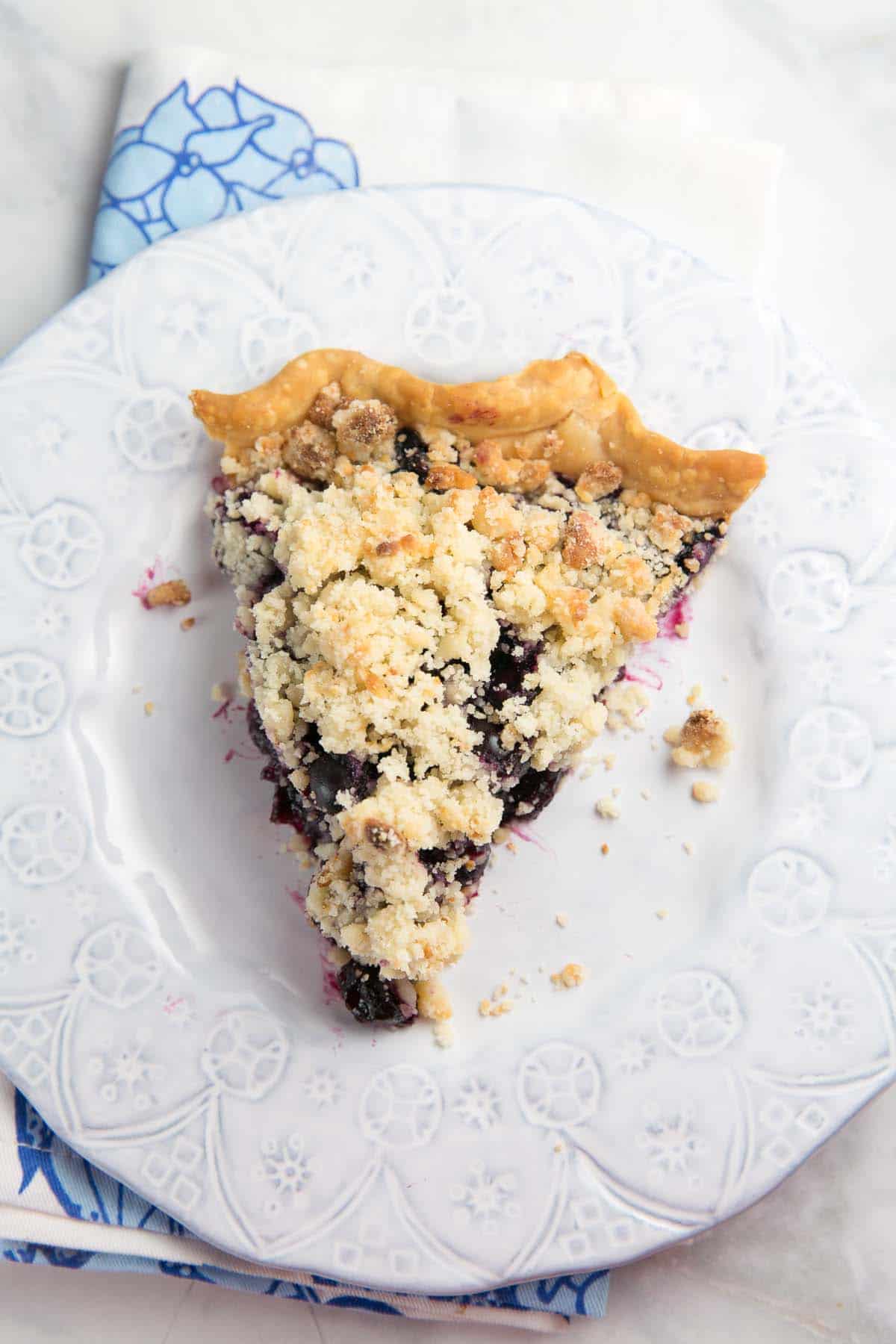 I don’t love double-crust pies (think traditional apple pie), because the top and the bottom of the pie have the exact same flavor.  It’s like a sandwich of pie crust (although when you put it that way, it sounds pretty good!).

Lattice pies are by far the most visually appealing, and I generally go that route for cherry or rhubarb pies because they’re beautiful.  But crumble topped pies are the tastiest, by far, a sentiment echoed by everyone else with whom I have shared this pie. 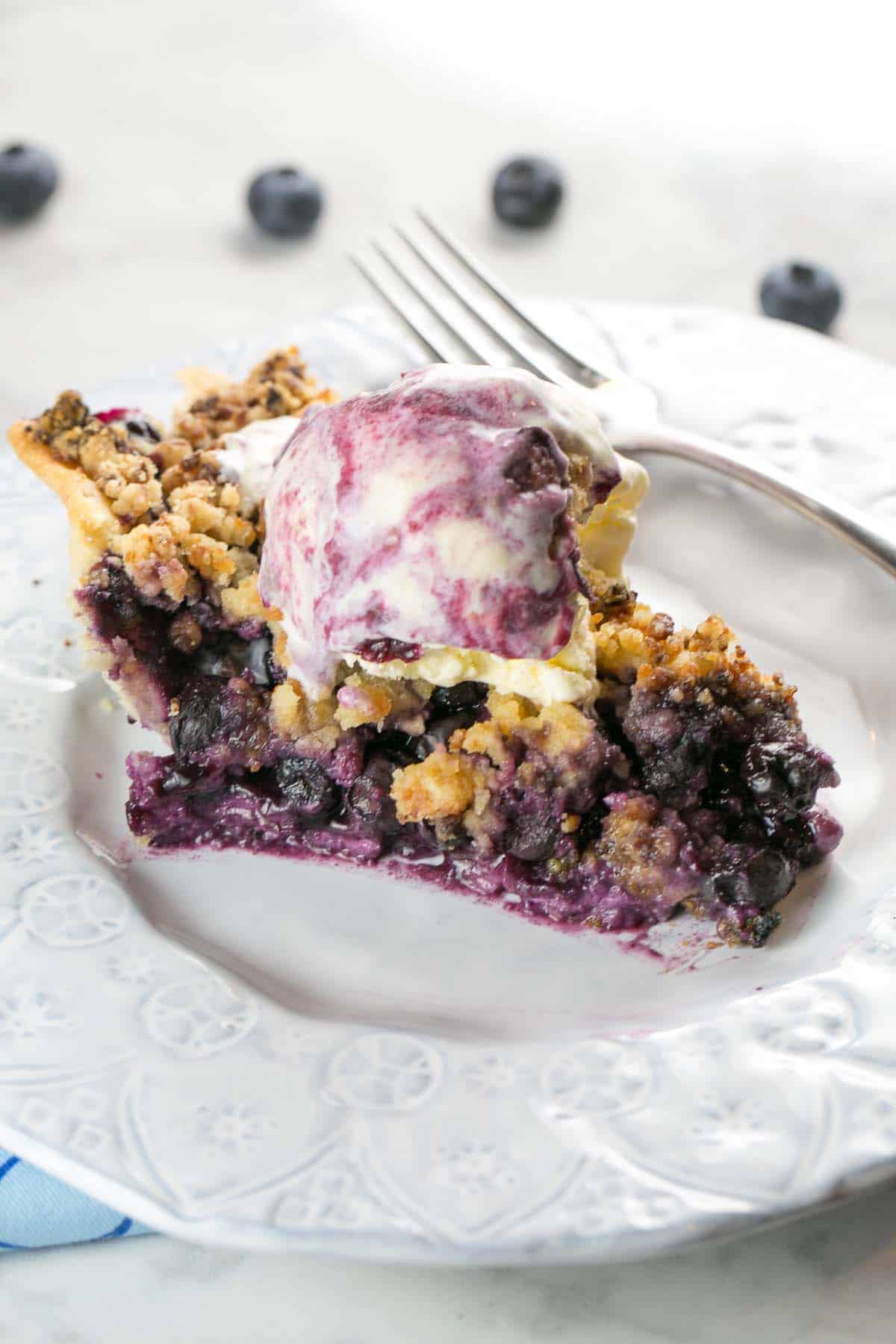 The almond paste introduces a new flavor (almond! my favorite!), but it’s subtle enough that it doesn’t distract from the fresh summer blueberries (or frozen, making this a great year round pie). It just adds a little something extra, and the crunchy crumble texture is the perfect contrast to the soft blueberries.

If you can’t find almond paste, you can sub in a tube of marzipan as well.  Either way, just break it up into little crumbly bits before mixing in with the butter and flour.  Scatter it on top of the blueberries, and pop the whole thing into the oven.  Bake until golden brown on top and the filling is bubbling up around the edges of the crumble top. 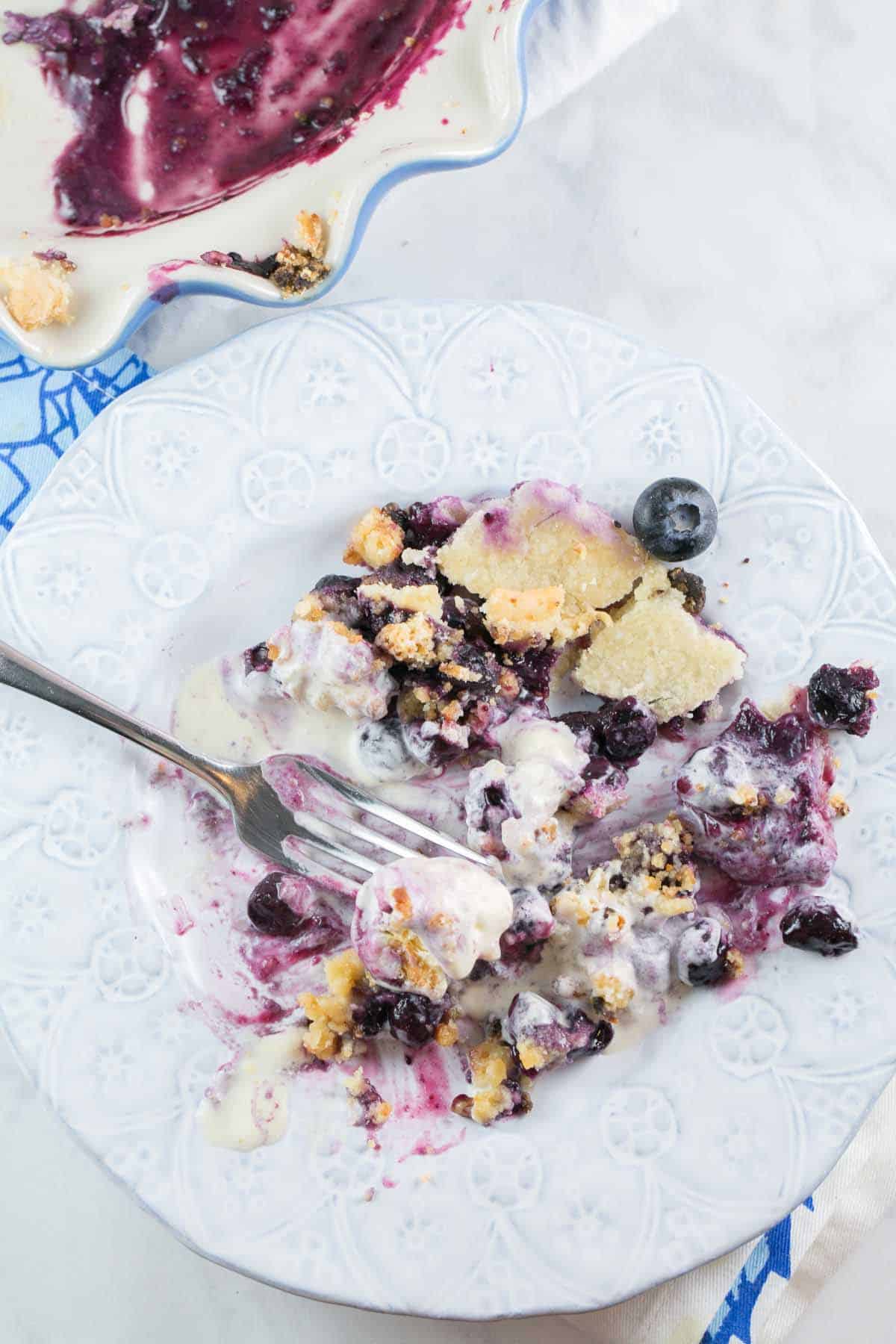 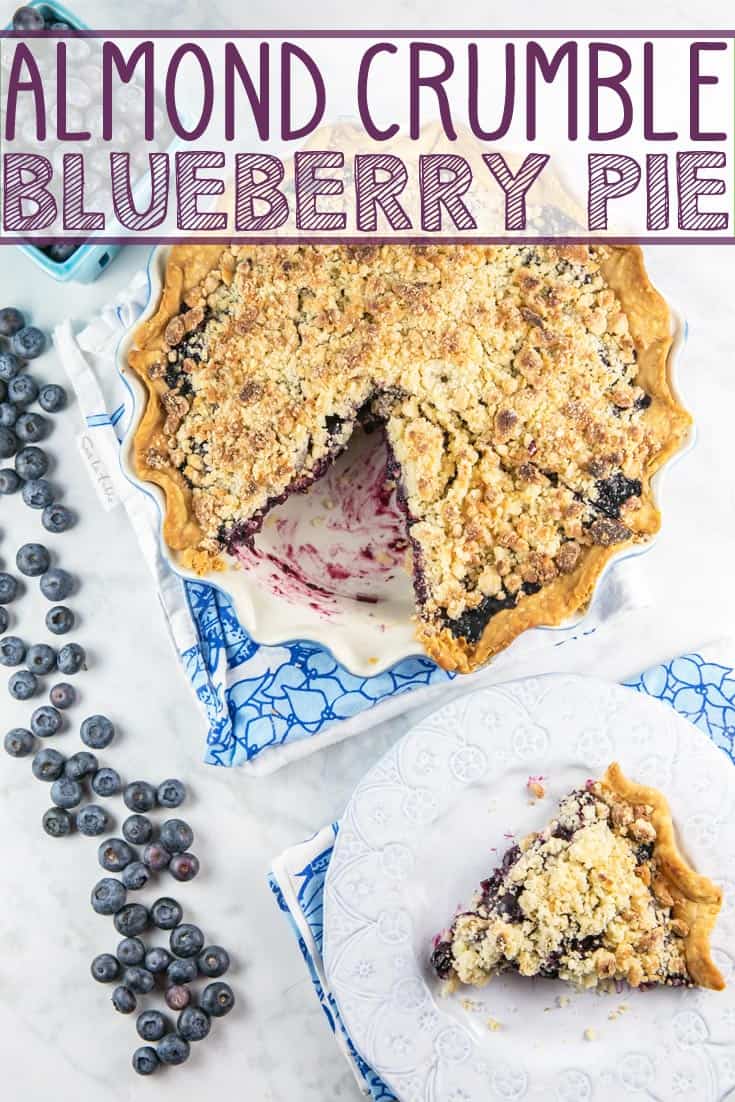 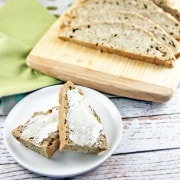 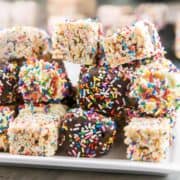