Pie lovers, rejoice!  A recipe for the ultimate NO FAIL Pie Crust — with easy instructions and all the tips you need to make a perfect pie crust, every time!

So in order to prepare for pie season, let’s talk about the most basic ingredient for pies — the pie crust.  And I’m going to share my absolute most favorite, super easy, practically guaranteed no fail pie crust.

I’m going to start out by stating that there is nothing wrong with using a store-bought crust, be it the frozen-in-an-aluminum-pie-plate crust or a rolled refrigerated circle of dough crust.

These are both solid options – no one is going to stop and comment that the crust is especially delicious, but inversely, you also know you’re not going to wind up with some soggy monstrosity full of holes, either.

But rolling out your own pie crust really isn’t difficult; honestly, I find it incredibly relaxing to gently roll out the dough, slowly stretching the sides, feeling the chilled, stiff dough slowly give way.

It’s similar to my love of kneading bread, and why I will never, ever own a bread machine – getting my hands in there is what I love so much about baking, and so rewarding, too.

Now, while I’ve mentioned that rolling out a pie crust isn’t difficult… choosing the right recipe can be.  And this is where I’m going to save you the hassle of trying all the dud recipes, because I’ve already done it for you!

And this crust recipe right here?  It comes out perfectly every time.  So much so that I’m deeming it a No Fail Pie Crust.

Butter vs Shortening in Pie Crust

The biggest debate of ALL in terms of finding the perfect pie crust recipe? Whether to use butter or shortening!

(Other options are lard, but it’s hard to find rendered leaf lard, and oil, but this creates a more crumbly dough than tender, so we’re leaving those options out.)

So let’s talk about what each does, and what actually makes the best pie crust!

Butter provides the best flavor and flakiness to pie crusts. Because it contains 15-20% water (unlike shortening, which is 100% fat), the water evaporates as the pie bake bakes and this steam separates layers in the dough, creating a classic flaky crust. However, butter has a lower melting point and is hard to work with — too soft and the pie dough will tear, but too hard and the dough is hard to roll out.

Shortening, on the other hand, has a higher melting point than butter, making shortening-based doughs a dream to roll out. These pie doughs hold their shape beautifully in the oven, but aren’t as flavorful as a crust made with butter.

So how are going to choose? We’re going to use BOTH to get the best of both worlds!

This No Fail Pie Crust recipe uses butter for flavor and water content, to make a delicious tasting, flaky pie. But we’ll also include just enough shortening to make the dough easy to roll.

Whether you opt to use butter or shortening (or my suggestion, both!), you’ll want to make sure that it is cold!

Cut your butter and shortening into small pieces and freeze it before starting to make the dough.

This serves two purposes: one, it makes the dough easier to handle. Two: it helps increase the flakiness of the finished crust. Why is this? It’s time for my favorite subject… kitchen chemistry!

When cold butter is placed into a hot oven, the water in the butter evaporates, creating a perfectly flaky crust.  If room temperature butter or shortening is added to the oven, however, it rapidly melts and out from the flour mixture, resulting in a soggier crust.

If you find the dough gets too warm while you’re rolling it out, pause and set it back into the refrigerator for 15 minutes before finishing. Working with dough that is just the right consistency and temperature is essential for the best pie crust!

Tips and Tricks for A Perfect Pie Crust

Without further ado, here are my top tips for baking a great pie crust, regardless of what recipe you use:

FAQs for No Fail Pie Crust

Can the dough for pie crust be made using a food processor?

Absolutely! Just be sure not to overmix – using a food processor increases the risk of overmixing, which doesn’t happen when butter is cut into the flour by hand. There should still be small pea-sized balls of butter or shortening visible in the mixture.

Should you use all purpose flour or pastry flour for the best pie crust?

Pastry flour has less protein than all purpose flours and thus results in a lighter and flakier crust. The trade off, however, is that it’s harder to handle and roll because it’s so delicate. I make my pie crusts with all purpose flour but you can absolutely experiment with pastry flour if you’d like.

Should I add vodka to pie dough?

This trend was kicked off by Cook’s Illustrated, who states that because alcohol doesn’t promote gluten formation, pie crusts will stay flakier even when a little extra moisture is added, making it easier to roll out the dough. I personally haven’t noticed a difference, but if you’d like to try, substitute half the water with vodka (using 3 tablespoons vodka).

Can pie dough be frozen?

Now that you have the perfect pie crust, what should you do with it?  Here are some of my favorite suggestions, both savory and sweet!

This recipe was originally posted in July 2015 and updated in October 2017. 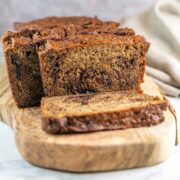 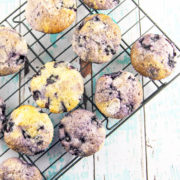 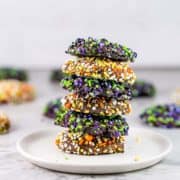