Bored with the same old blueberry quick breads?  Try something different with a blueberry pie bread — homemade blueberry pie filling swirled into the batter with an almond crumble topping. 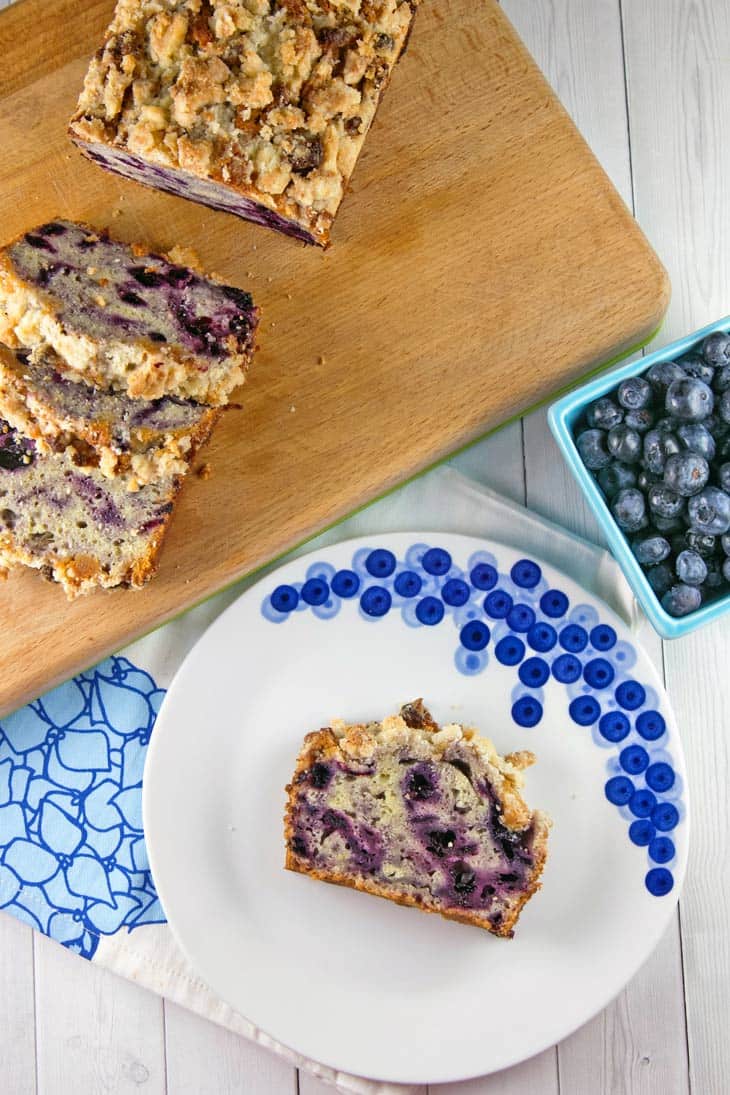 It’s time for yet another in the 2016 Quick Bread of the Month series!  Fresh peaches have been abundant now, so I’ve been dreaming of some sort of peach bread for August. But.. blueberry pie bread is not peach.

A choosey toddler had different plans, and left me with an awful lot of unconsumed blueberries, and I couldn’t possibly let all those fresh blueberries go to waste! 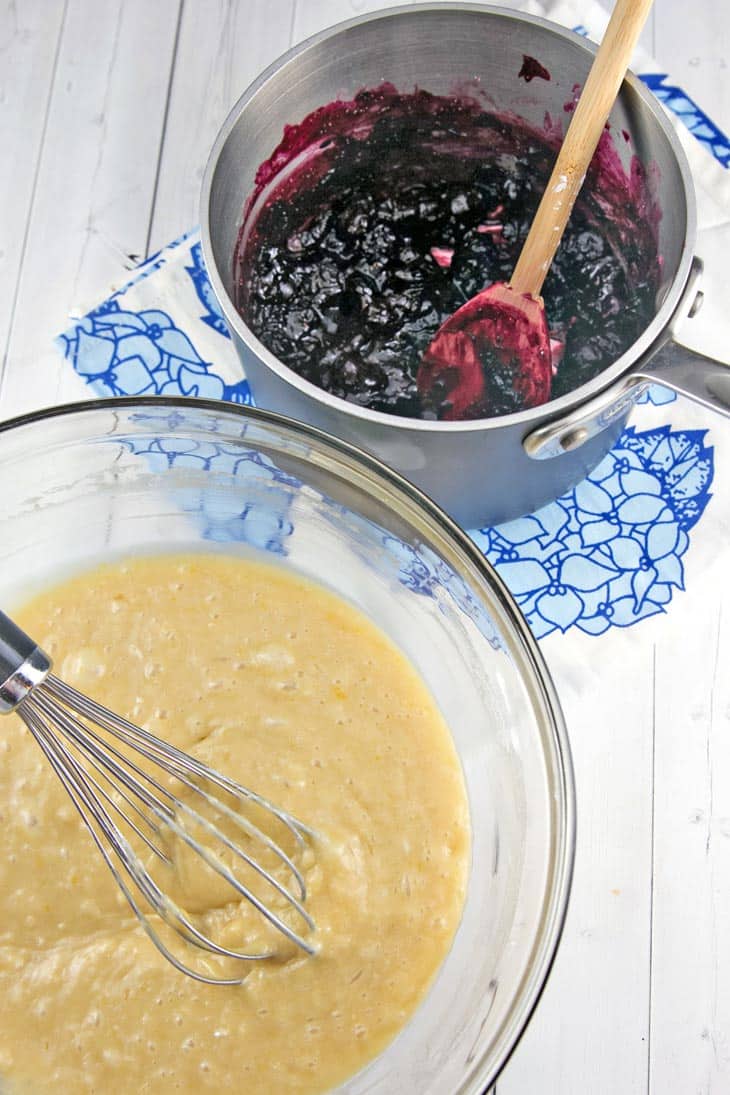 (I’m calling him choosey right now, rather than picky.  Picky conjures up images of a child who refuses to eat things.  Ryan will still eat everything.. he’s just particular about when he eats them.

Example: we give him a little fruit every night after dinner, and he loves honeydew.  Then last week, we received a note from his caregiver saying he never eats the green melon in his lunch.  I guess he’s opposed to honeydew before 7pm? Ha!) 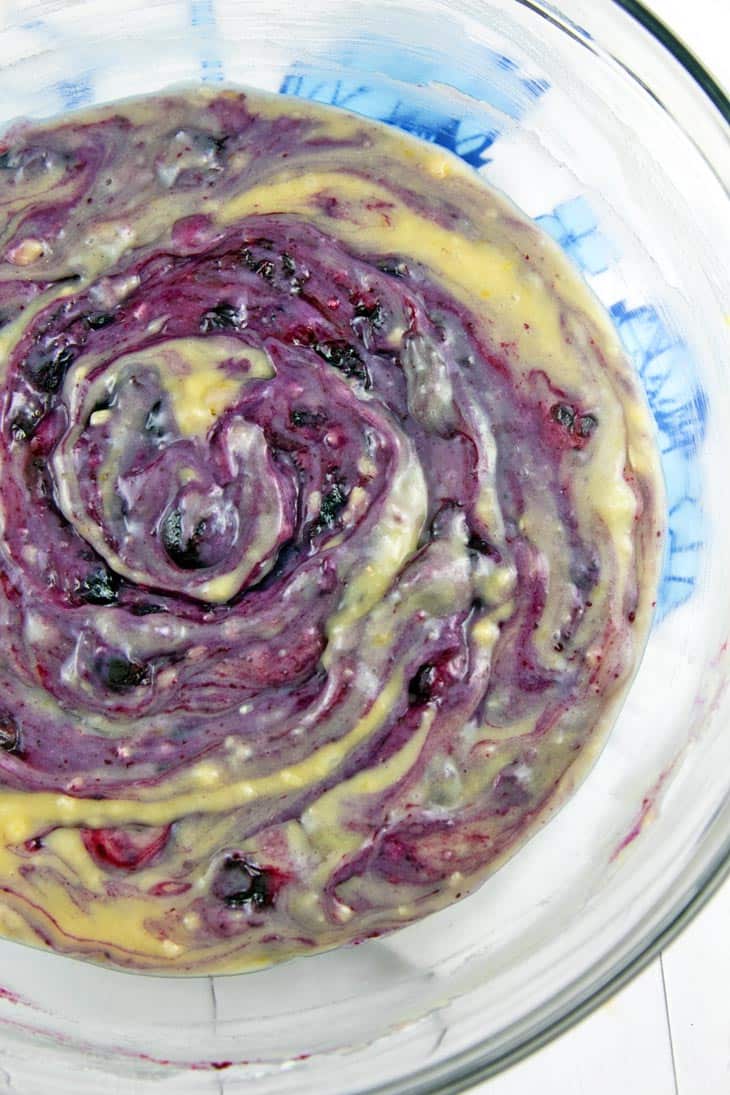 Ryan is digging other summer fruits much more than blueberries right now, and a blueberry bread is a perfect way to use up an unexpected excess.  But what kind of bread?

Blueberry bread is kind of like banana bread.  There are hundreds and hundreds of basically the same recipe out there.  My goal with Quick Bread of the Month is to do something a little off the beaten path each month, like this candied grapefruit bread, or cinnamon streusel rhubarb bread, or a savory Italian herb tomato bread.

Not just any blueberry bread will do – it has to be something a little different. 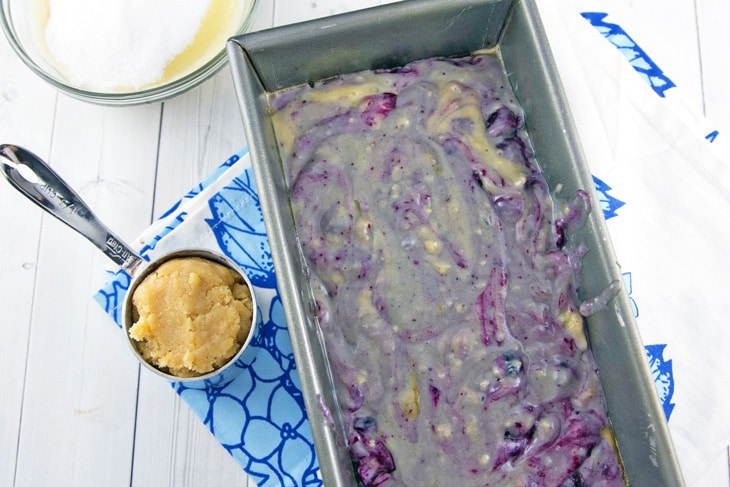 You might realize that there’s a high ratio of cornstarch to berries in this.  You know how blueberry pie is sometimes a little goopy and juicy and delicious?  That works great in a pie, but I didn’t want that much in the swirly part of a bread.

I purposely kept the batter on the less-sweet side; after all, this is a bread and not a cake.  (Although, if we’re being honest, the line between the two is seriously blurred with many quick breads!).   I used the same almond crumble topping and baked it right on top of the bread. 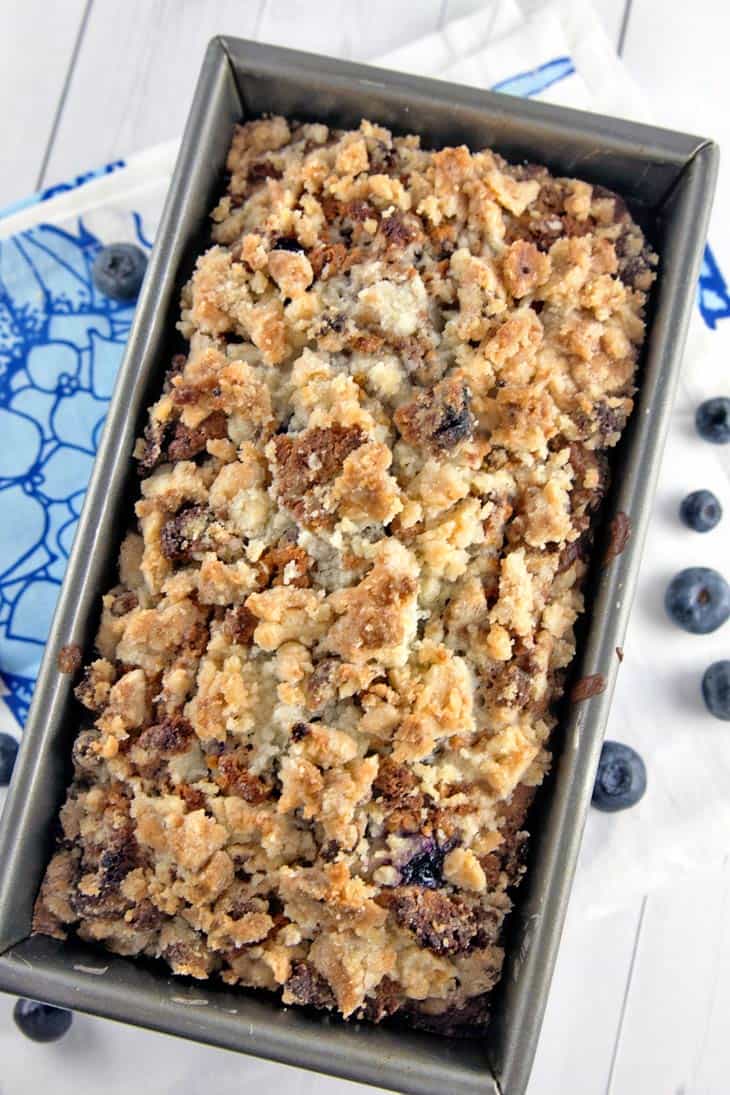 The almond crumble, just like the pie, uses crumbled almond paste.  If you have a nut allergy, or really don’t like almond, then you can always substitute a traditional brown sugar and butter streusel topping.  But if neither of these apply to you, I really, really recommend that you pick up some almond paste or even marzipan.

The unexpected almond crumble really adds a great new flavor and a crumbly deliciousness to the bread.  You should be able to find one or the other in the baking aisle of major grocery stores, or pick it up from Amazon (links are affiliate). 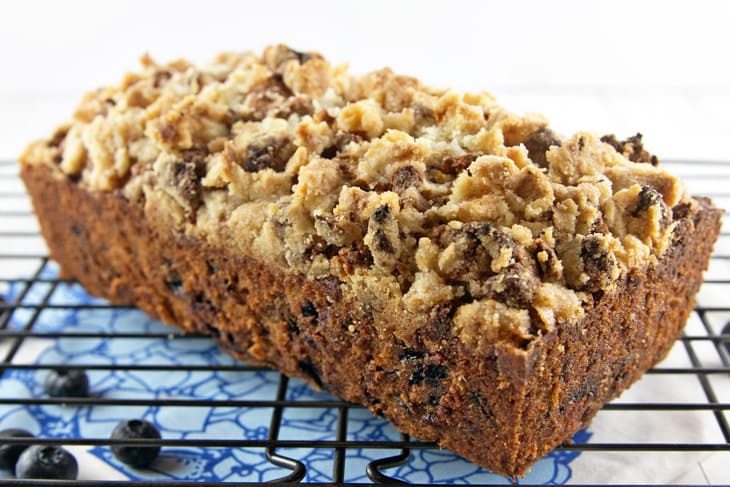 This was one of those recipes that I was really excited about, especially since I came up with the idea and had the finished baked bread sitting on my counter in a matter of hours.  I wasn’t sure what to expect, but I loved the outcome.

Like I mentioned earlier, the bread itself is not super sweet.  The blueberry swirl filling is completely reminiscent of a pie (goal achieved!) and the almond crumble topping adds both a great flavor and textural contrast.

While this is certainly appropriate as brunch/mid-day snack option, I also wouldn’t say no to a slice with a big scoop of ice cream for dessert.  Blueberry pie bread a la mode.  Yes, please! 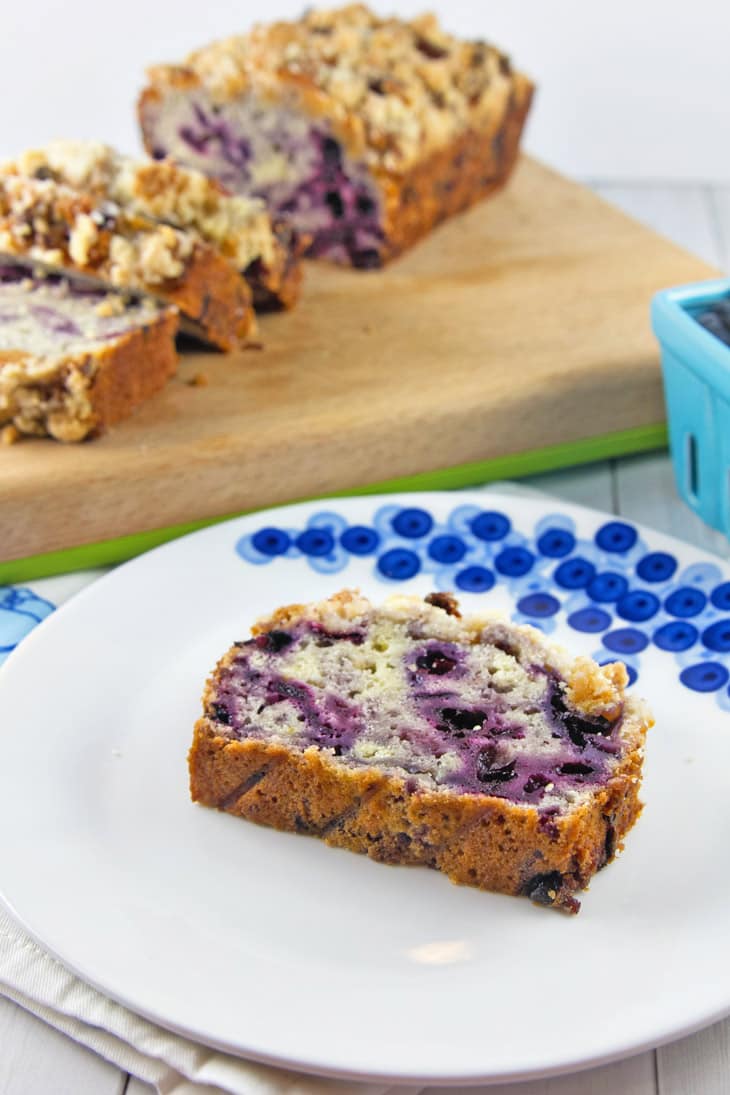 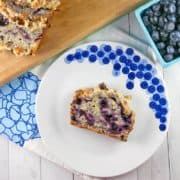 For the blueberry pie filling:

For the almond crumble:

To freeze, wrap fully cooled bread in plastic wrap, followed by a layer of aluminum foil.  Bread will last in freezer for up to 3 months.  Thaw at room temperature overnight before slicing. 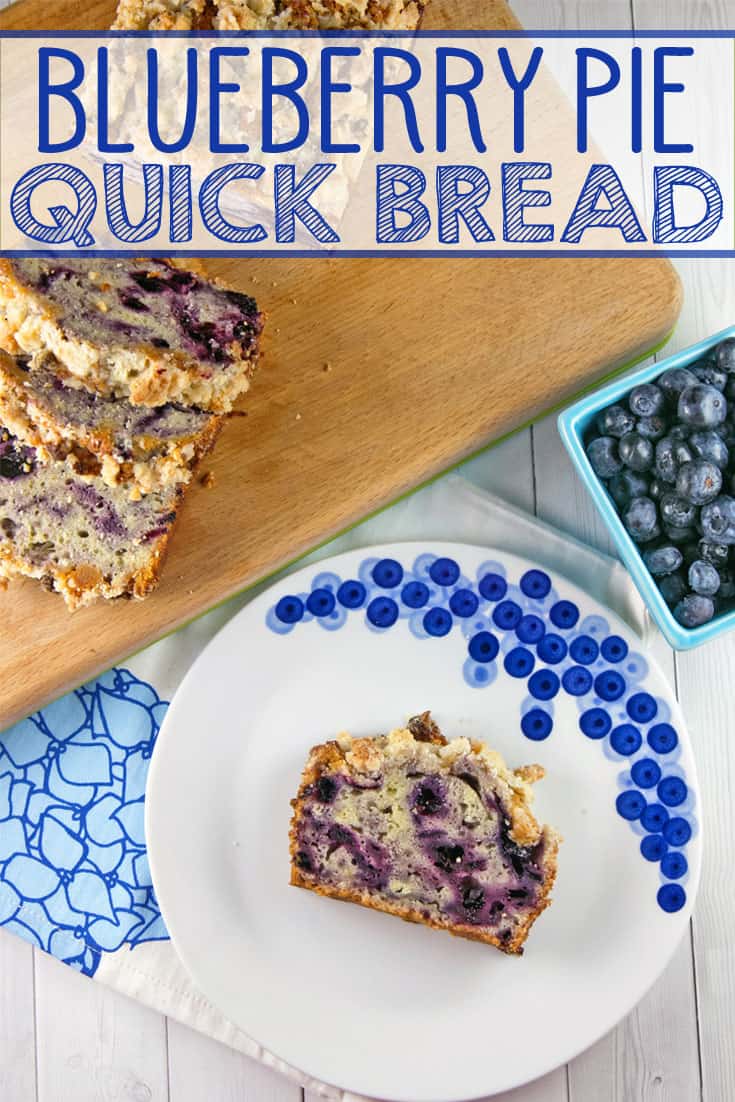 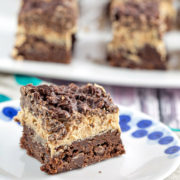 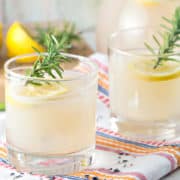 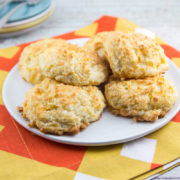