Made with crushed Oreos in the dough, a crumbled Oreo filling, and Oreo cream cheese frosting, these Oreo Cinnamon Rolls are the ultimate dessert-for-breakfast for Oreo lovers! A fun twist on a classic cinnamon roll, this delicious treat is just waiting for your next special breakfast or dessert.

Today, we’re going to take a little twist on cinnamon rolls… with these oreo cinnamon rolls! That’s right — a cinnamon roll filled with crunchy Oreo cookies, mixed with a buttery filling, and topped with a thick layer of cream cheese frosting.

(And just in case Oreo cookies as a filling isn’t enough, we’re even putting Oreos into the cinnamon roll dough!)

Also: these are just plain fun to make. I don’t know about you, but I love baked goods that are rolled, like chocolate pinwheel cookies, cinnamon chocolate babka muffins, or a pumpkin roll. Not only do they look beautiful, but it’s also fun to get a little hands-on and messy in the kitchen.

Whether you make these as a sweet and chocolatey dessert, keep a batch in your freezer for the next time you have overnight company, or they become a future holiday breakfast tradition, these Oreo cinnamon rolls are fun to make and delicious to eat!

Intimidated by yeast doughs? Don’t be!

If you didn’t follow along and make all my many babka recipes from my year-long series in 2020, don’t worry. I have ALL the tips and tricks you need to make a yeast dough for these Oreo cinnamon rolls!

Start by proofing the yeast. Combine the warm milk with the yeast, salt, and sugar, and let it stand for 5 minutes, or until foamy. This tells us that the yeast is active and ready to go. Why does yeast get all foamy when we combine it with warm liquid? It’s time for my favorite subject… kitchen chemistry!

Yeast is a living organism!  Yeast feeds on sugar and produces carbon dioxide.  The foamy bubbles seen during proofing are the result of this carbon dioxide – and tells us that the yeast is alive and active.

Once we’ve confirmed that the yeast is active, add in the melted butter and slowly stir in the flour. Next, knead the dough. This can be done using the dough hook attachment of a stand mixer set to low speed or by hand. Knead until the dough is no longer sticky, adding the crushed Oreos at the very end and mixing just to combine.

Then the dough has to rest in a warm, moist place until it doubles in size. In the summer, your kitchen is probably perfect for this! In the winter, you place the dough in an oven along with a large bowl of hot water set on the bottom rack. Don’t turn the oven on, though — the hot water will heat the oven slightly to help your dough rise.

(While you’re waiting for the dough to rise, it’s the perfect time to make the filling and frosting!)

Once the dough has doubled in size, gently roll it out on a floured surface to a large rectangle, roughly 16 x 20-inches. Spread the softened butter on top using a wooden spoon or offset spatula, then repeat using the Oreo filling. Leave a one-inch border along the edges of the dough (so the filling doesn’t spill out when you roll it up!).

Once the butter and Oreo filling have been spread on the dough, roll the dough up lengthwise to make a long roll. Next, use plain (unflavored!) dental floss to cut 12 equal pieces of dough. Place the 12 rolls in a greased 9 x 13-inch baking pan, and let them rise a second time until doubled in size, approximately 30 minutes.

After the second rise, bake the rolls until golden brown (30 to 35 minutes). Let the cinnamon rolls cool for a little before spreading on a thick layer of frosting.

There are tons of changes you can make to these Oreo cinnamon rolls to customize them to your own preferences!

Why did my dough not rise?

There are a few reasons why this may not have happened! Dry active yeast needs to be active – if old yeast is dead, it will not rise. This is why we proof the yeast first and make sure bubbles appear after mixing with the warm milk. If no bubbles appear, replace your yeast. Dough will also not rise if the environment is too cold, or if too much flour is added to the dough while kneading.

Why are my cinnamon rolls hard?

Just like using too much flour can affect how much the dough rises, it also affects the texture of the baked rolls! Measure flour by weight with a scale, or spoon the flour into a measuring cup and level it with the back of a knife to ensure the proper amount of flour is used. You may have also cooked the rolls too long or used melted butter instead of softened butter.

A cinnamon roll typically does not contain nuts. A cinnamon roll usually has pecans or other nuts on them. Furthermore, a cinnamon bun has the frosting on the bottom and then the buns are flipped over during baking. Cinnamon rolls are baked right-side-up and frosted after they bake.

Can I freeze these Oreo cinnamon rolls?

Cinnamon rolls freeze wonderfully! Place the baked, frosted, and cooled rolls in an airtight freezer bag and store in the freezer for up to 4 months. Thaw the rolls overnight in the refrigerator, then move to room temperature. Serve at room temperature or reheat in the microwave for 30 seconds.

Tips and Tricks for the Best Oreo Cinnamon Rolls 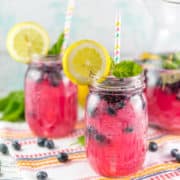 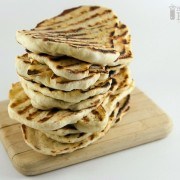 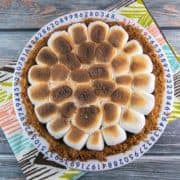