Make your own Indian food with this easy homemade saag paneer – plus substitutions if you have difficulty finding paneer.

When I shared my chicken tikka masala recipe, I promised that I’d also share an easy saag paneer recipe.  It’s time to make your own take out fake out even better with this delicious gluten free and vegetarian Indian favorite!

This is probably one of my favorite things to make for dinner.  The combination of spinach, cheese, and spices is perfect, it comes together quickly, and is quite filling.

I usually make it as a side with something meat-based for my husband (like the aforementioned chicken tikka masala).

Personally, however, I’d be more than happy to eat a bowl of just this for dinner (and lunch the next day… and again for dinner…).

How to Make Homemade Paneer

If your local grocery store doesn’t carry paneer, it’s quite easy to make your own.  I’ve done this before without any complications, and is usually my top choice.

While the link above provides specific details, in short, you’ll want to simmer a half gallon of milk to 200 °F. Once foamy, remove the milk from the heat and add 1/4 cup vinegar.

Cover the pot and let it sit for 10 minutes. At this point, the mixture will have formed clumpy curds. Strain through a fine mesh cloth to collect the curds.

Squeeze out all the excess liquid, salt to taste, and shape the curds into a square (still in the cheesecloth). Place a heavy plate on top to press out additional moisture. After an hour, your paneer is ready!

Unfortunately, making paneer moves this from a “really quick weeknight option” into a “not really viable for a night I don’t get home from work until 8pm” dinner, since I prefer to press the paneer for longer to get a firmer texture.

So to speed things up, I’ll share a tip which was once shared with me by an Indian friend: use queso blanco instead.

I’ve never had a problem finding queso blanco at a typical big-box supermarket, and the process to make queso blanco is quite similar to paneer (though it is salted, so I typically don’t add salt to the spice mix with the paneer if I’m subbing in queso blanco).

It also has a high melting point, another reason why the substitution works well.

I can’t find paneer! What can I use as a substitute?

See the above sections for instructions on how to make homemade paneer, or use queso blanco as a direct substitute.

Can I substitute other leafy greens for the spinach?

Yes! Saag refers to ‘leafy greens’ whereas palak paneer indicates just spinach. You can use kale, swiss chard, or other leafy greens in this recipe.

Is the paneer spicy?

The addition of cayenne pepper does give the paneer a little kick, but it is not overwhelmingly spicy when mixed in with the spinach. If you are spice-averse, halve or leave out the cayenne pepper.

Saag paneer is gluten free and vegetarian. If you would like to make a vegan version, use a dairy-alternative plain yogurt.

What should I serve with saag paneer?

We like to serve this with chicken tikka masala, Indian spiced lentils, or eggplant curry with coconut milk, and of course a side of homemade garlic naan!

Can saag paneer be frozen?

To freeze saag paneer, cool completely, then transfer to a freezer safe container and freeze for up to 3 months. To thaw, place the container in the refrigerator for several hours, then heat in a saucepan over medium low, or thaw directly from frozen in the microwave using the defrost setting.

Leftover saag paneer should be stored in the refrigerator for up to 4 days or frozen for up to 3 months. 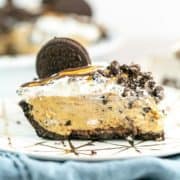 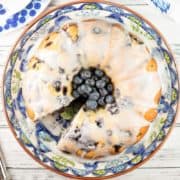 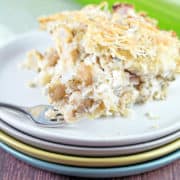