Hershey’s kisses rolled in biscuit dough and covered in cinnamon sugar — whether you call it a chocolate bubble ring or a chocolate-stuffed monkey bread, it’s the ultimate chocolatey dessert for breakfast! 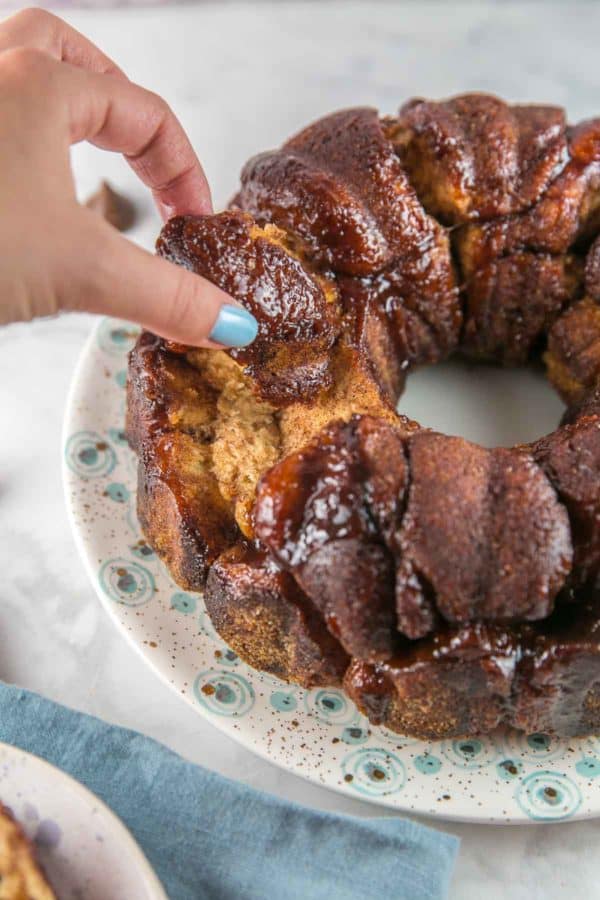 I’ve had a few requests recently for “really easy” dessert-based recipes, mostly for big brunches or parties.  And I totally get it — when you’re hosting a giant football gathering or have an entire house of people on Thanksgiving morning before actual Thanksgiving dinner, you need something mostly hands off.

It’s not the time to be elbow-deep in flour and sugar.

This recipe for a chocolate bubble ring — what could probably also be considered a chocolate stuffed monkey bread — perfectly fits the bill.  And as easy as it is, it’s a family recipe, to boot! 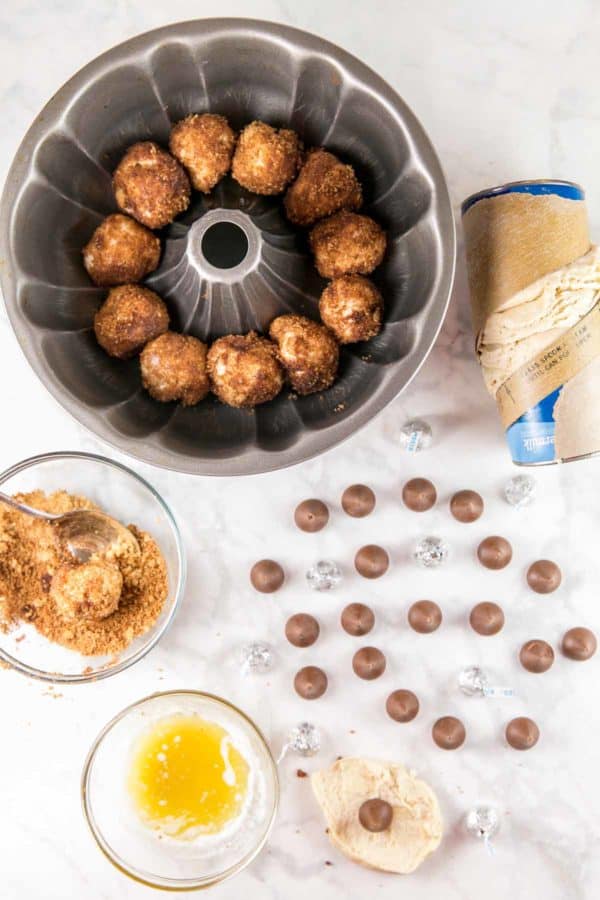 I come from a very small family.  I’m an only child, I have zero first cousins, and my lone aunt spent much of my childhood traveling internationally as a ballet dancer.

As a result, my parents’ best friends filled in the duty of aunt and uncle.  My mother’s Bubble Ring was a standard for visits; whenever they would come to Harrisburg with their two sons, the chocolate bubble ring always made an appearance.

I’m not a particularly sentimental or nostalgic person, and yet this chocolate bubble ring brings back so many childhood memories.  I’m not a chocolate lover, so this isn’t even one of my favorite things to eat.

And yet I can’t help but feel warm and fuzzy inside whenever I think about it.  Weekend visits from my honorary aunt and uncle.  Hockey games with my honorary cousins.  It’s a feel-good food tradition from my childhood. 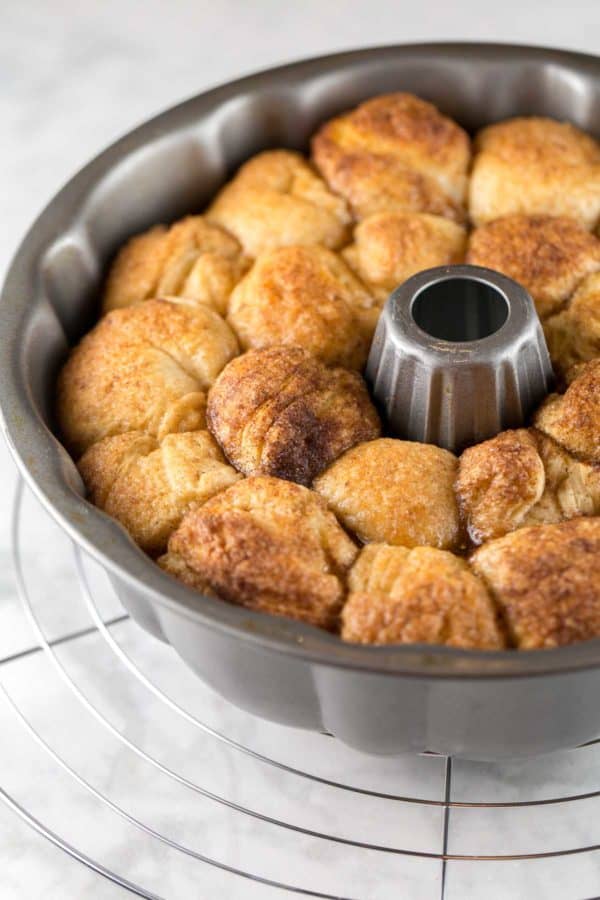 What is a Chocolate Bubble Ring?

In my family, we’ve always referred to this as a “chocolate bubble ring.”  It wasn’t until I reached adulthood that I learned about monkey bread, and realizes this probably (maybe?) qualifies as a monkey bread.  A chocolate-stuffed monkey bread, perhaps?

To my knowledge, monkey bread is made by cutting biscuit dough into small bits, tossing with cinnamon sugar, and then pouring melted butter on top.  Somehow, I’ve made it through my life thus far without ever actually trying monkey bread, so please correct me if my Wikipedia research on monkey bread is incorrect. 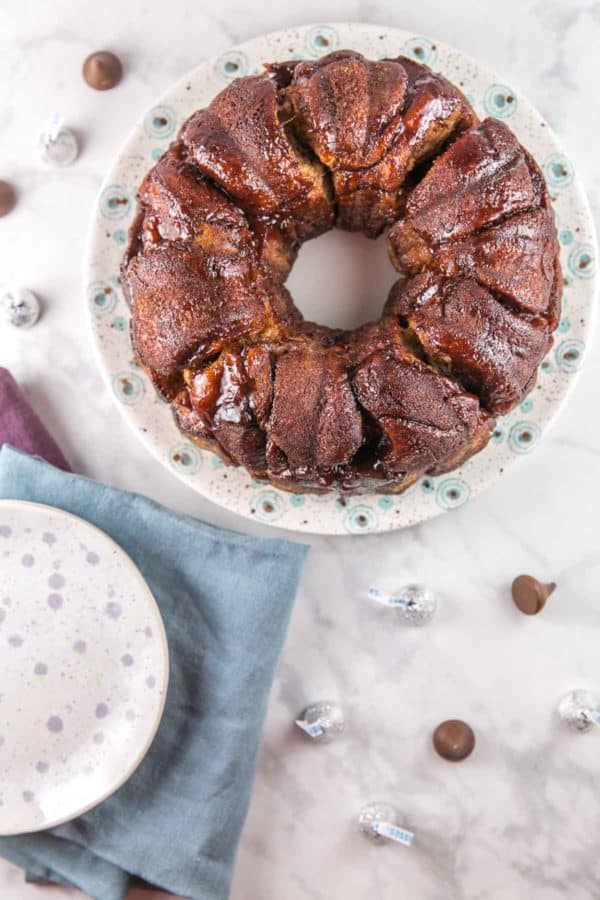 A chocolate bubble ring is pretty similar, except you’ll wrap the biscuit dough around a Hershey kiss and roll it into a ball.  Dip the ball into the melted butter, and then roll it in a combination of brown sugar and cinnamon.  Then bake in a bundt pan.  Easy-peasy. 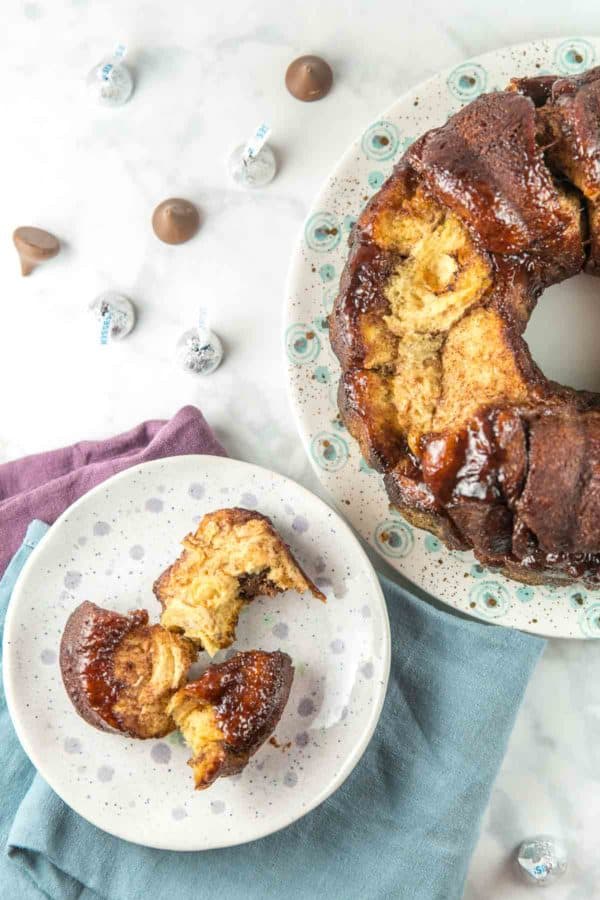 But let’s be real: there won’t be any leftovers. 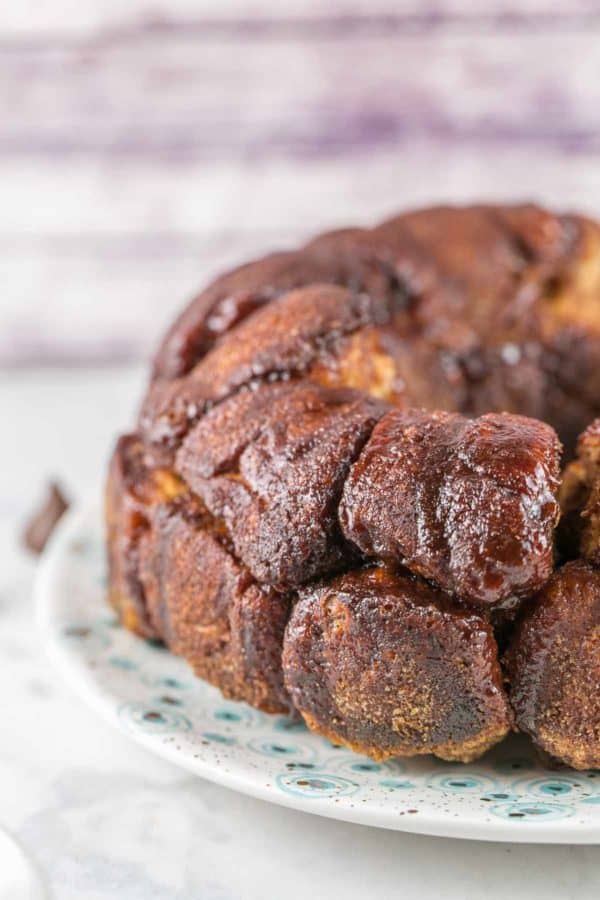 Chocolate Bubble Ring is best enjoyed straight out of the oven. If you have leftovers, reheat at 350 °F for 5-10 minutes, until warmed through. 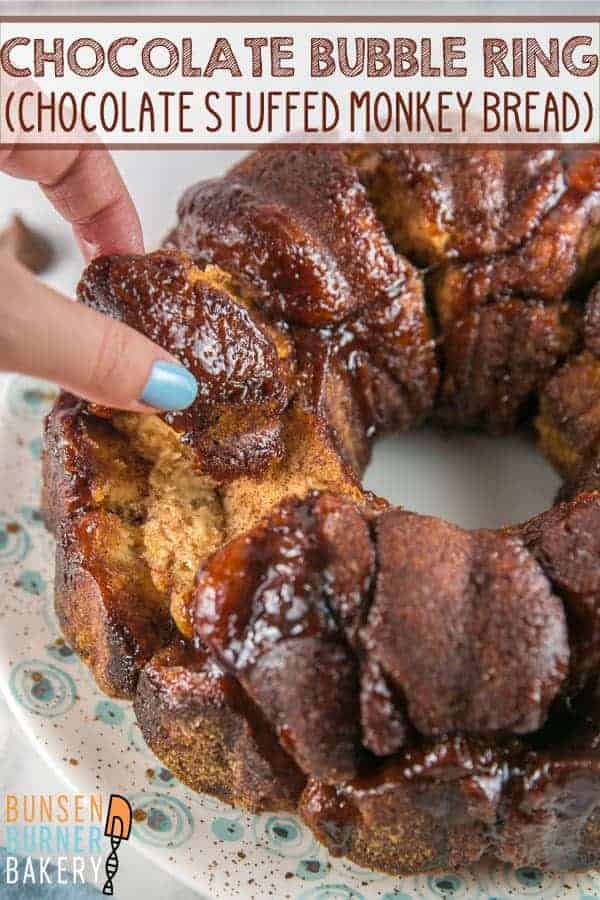 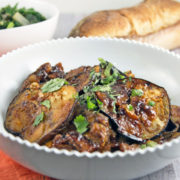 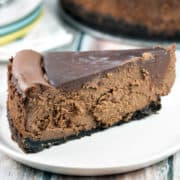 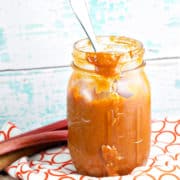